You are here: Home > Central Government
All posts from affidavit.eci.gov.in

How To Check Status?

To check the status of Affidavit, just follow the simple steps mentioned below. 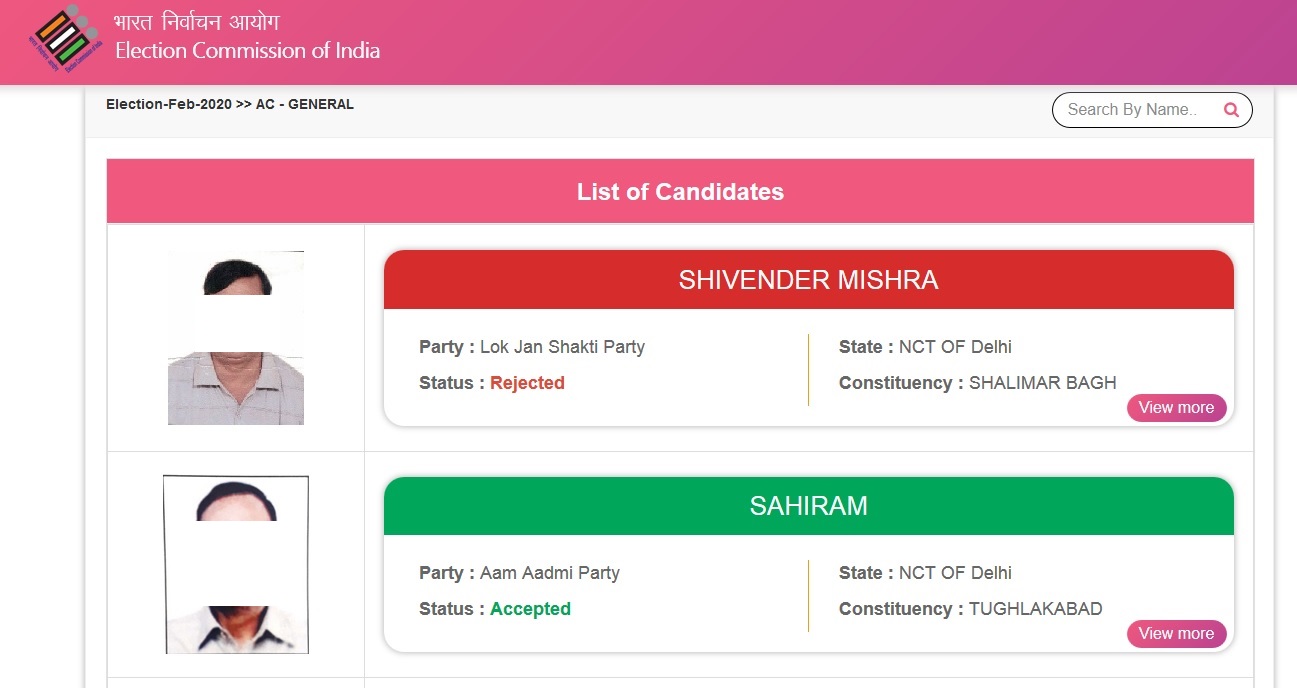 Disclaimer:
This is Computer generated report. The data is published dynamically based upon the current updated data by the returning officer, which is subject to change and is purely tentative. To get the confirmed list, kindly, contact the respective returning officer.

India is a Socialist, Secular, Democratic Republic and the largest democracy in the World. The modern Indian nation state came into existence on 15th of August 1947. Since then free and fair elections have been held at regular intervals as per the principles enshrined in the Constitution, Electoral Laws and System.

The Constitution of India has vested in the Election Commission of India the superintendence, direction and control of the entire process for conduct of elections to Parliament and Legislature of every State and to the offices of President and Vice-President of India.

The Commission has a separate Secretariat at New Delhi, consisting of about 300 officials, in a hierarchical set up.