You are here: Home > Political Parties
All posts from ammkttv.com

Amma Makkal Munnetra Kazhagam when shortened to AMMK phonetically is very close to a Tamil slang ‘Ammuk’, that means stashing away, the only word that matters in that alphabet soup is ‘Amma’.

Late chief minister Dr.J Jayalalithaa’s face figures on the party flag that was also unveiled at the public meeting in Madurai on March

This video is step by step guide to Join the Party/Online Membership Form Through ammkttv.com website :

How to Join in AMMK?

Just follow the below steps to Join in Amma Makkal Munnetra Kazhagam.

Step 2 : Then click on the “Join the Party” link in the menu bar. 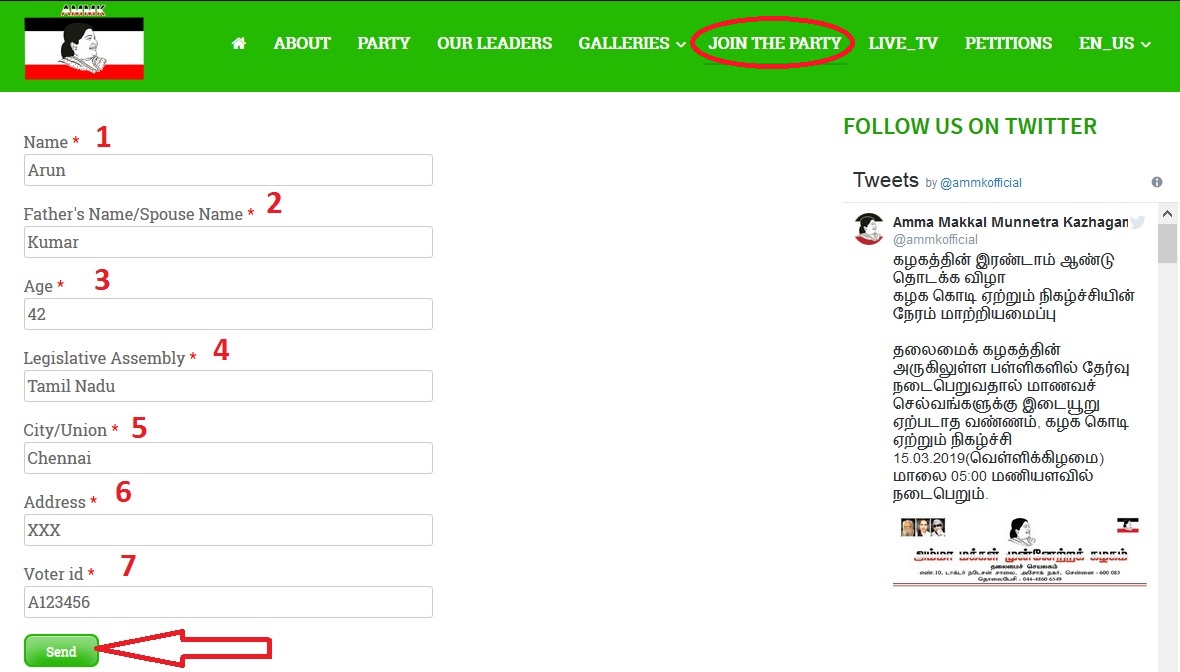 Late chief minister Dr.J Jayalalithaa’s face figures on the party flag that was also unveiled at the public meeting in Madurai on March 15th 2018 morning. Mr. T.T.V.Dhinakaran, who unveiled his new party’s flag in the Madurai district, made it clear that while the party’s symbol at present was the pressure cooker, “We will win all upcoming elections from now by using the latest name and party flag…,”

MGR became a member of the state Legislative Council in 1962. At the age of 50, he was first elected to the Tamil Nadu Legislative Assembly in 1967.

She was sworn-in as the chief minister for a record sixth term on 23 May 2016. Jayalalithaa died in office on December 5, 2016 at the age of 68 years after suffering from a major cardiac arrest.

She was a close aide of J. Jayalalitha, the former Chief Minister of Tamil Nadu, who headed AIADMK from 1989 until her death in 2016. After Jayalalithaa’s death, the party’s general council appointed her as the interim secretary general of AIADMK.