You are here: Home > Bihar
All posts from ceobihar.nic.in, ele.bihar.gov.in

Just follow the below steps to check the Final Electoral Roll 2019. 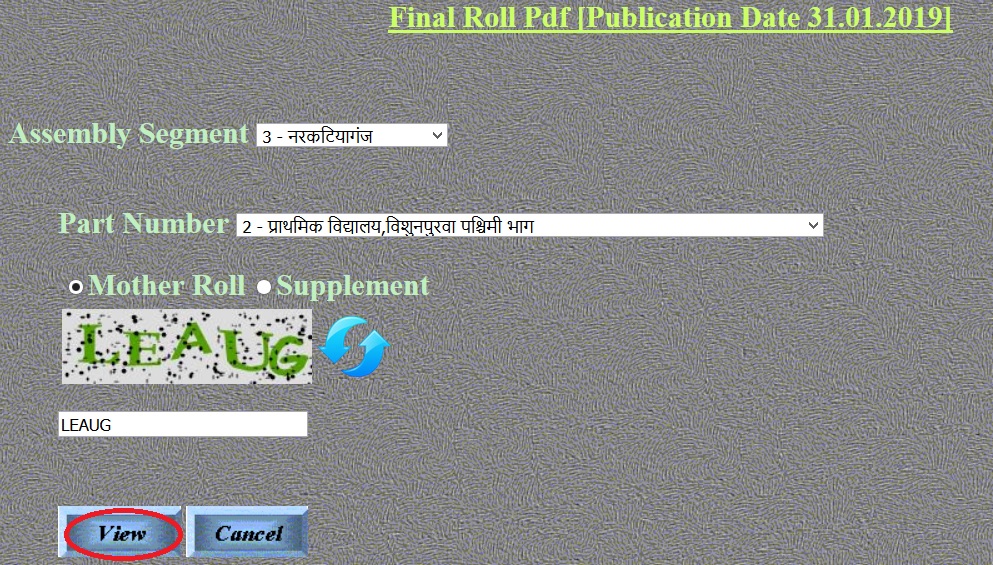 2. When was the EVM first introduced in elections?
EVMs were first used in 70-Parur Assembly Constituency of Kerala in the year 1982.

3. How can EVMs be used in areas where there is no electricity?
EVMs do not require electricity. EVMs run on an ordinary battery assembled by Bharat Electronics Limited/Electronics Corporation of India Limited.

4. What is the maximum number of votes which can be cast in EVMs?
An EVM being used by ECI can record a maximum of 2,000 votes.

When a vote is cast, a slip is printed containing the serial number, name and symbol of the candidate and remains exposed through a transparent window for 7 seconds.

Thereafter, this printed slip automatically gets cut and falls in the sealed drop box of the VVPAT.

6. How can a voter be sure that the EVM is working and his vote has been recorded?
As soon as the voter presses the `blue button’ against the candidate and symbol of his choice, the lamp against symbol of that particular candidate glows red and a long beep sound is heard.

Thus, there is both audio and visual indications for the voter to be assured that his vote has been recorded correctly.

In addition, VVPAT provides an additional visual verification in the form of paper slip to the voter so he can ensure that his vote has been correctly recorded for the candidate of his choice.